Austin, TX – February 16, 2009 – Touch International, a leading touch screen manufacturer based in Austin, Texas signed a new 40,000 square foot lease with the expectation to expand Texas headquarters in coming months with the introduction of new technology scheduled for release later this year.

“Touch screens are everywhere with new applications growing every day,” cited Michael Woolstrum, CEO and founder. “Despite adverse economic climates, TI is well positioned to meet the expanding market demand in military, aerospace, industrial and consumer devices. The Austin team is extremely focused to ensure TI touch screens are designed into next-generation touch products whether built in Austin or in our six Asian factories.”

Seven years ago, two industry leaders formed Touch International and operated out of a small rented space in Hutto co-located with another tech company. In 2004, the company moved to its present headquarters in Austin, and then nearly doubled the facility in 2007. At the close 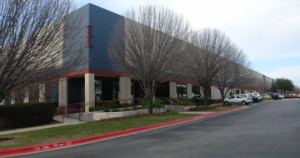 of 2008, the privately-held global enterprise employed more than 1200 people building millions of touch products per year in eight factories worldwide.

“I’ve leased the Austin buildings to Touch as well as been involved with the principals of the company for many years,” said Roy Beard, Vara Properties. “I continue to marvel at their aggressive growth despite economic adversity or just the common challenges with any fast-growth start-up enterprise.”

“Touch International has been a first-rate and reliable tenant occupying two of our commercial industrial spaces since 2004,” says Doug Thomas, broker for Live Oak Gottesman. www.liveoak.com “We take pride in continuing long-term relationships with our tenants and are excited to renew TI’s Lease. We look forward to a continued alliance with TI and are eager to assist them in their local growth and expansion plans.”;

Expanding through acquisition and organic growth has been the foundation of the company’s success. In 2004, they purchased a controlling interest in a Japanese company that served as the basis for their low-cost, high-volume, manufacturing factories in Asia. In 2007, the company purchased the resistive touch screen technology assets from a competitor distributing the assets to the Austin and Asia factories. In 2008, 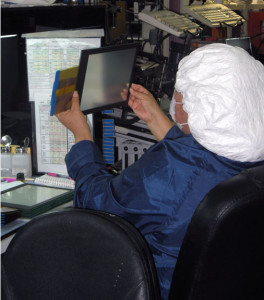