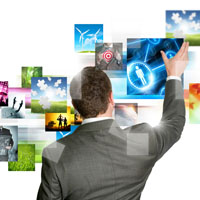 After registering you will receive a confirmation email containing information about joining the Webinar.

Space is limited.
Reserve your Webinar seat now at:
https://www3.gotomeeting.com/register/679487878

So you want a 17 inch projected capacitive touch screen and are having a tough time finding one? You have chosen wisely, because for the printing business, you will want the super sharp image that you get using this optically clear technology.

Even though Touch International makes projected capacitive sensors up to 22 inches, I have to tell you, you are on the cutting edge of wanting the “big guns” for projected capacitive touch screens. Except under special request, all of our projected capacitive panels have to have a perfect image (no shadows), they must do multi-touch (two or more fingers, no ghosting), and they have to have a touch response of less than a 1/10th of a second (among other things). Because of these requirements, we are not always the fastest to market, but we’re sure to deliver some of the best touch screens around.

There are two key reasons that larger-sized projected capacitive is difficult to do. The first is that no-shadow touch screens require very precise manufacturing equipment of the type used to make semi-conductors or TFT displays. Most commonly available are machines that will process projected capacitive sensor sizes up to 15 inches, which is why that size is easy to find. You may know that Touch International has just opened its new China factory, and can process up to 17 inch sensors, so you are in luck (pretty soon). We can (and do) make 19 inch, and larger, projected capacitive panels using other methods, but they break the visible line requirement, so they will not work for you.

The second complication to making big projected capacitive panels is the speed at which the multiple touches are recognized, which is dictated by the touch electronics. As I am sure you know, having read my white papers on the subject, projected capacitive is a scanned system which means that every row and column must be “energized”, and then interpolated to get an overall resolution of 1024 by 1024, which is a lot of work for those little silicon buggers. As the screens get bigger, there are more rows and columns to move into action. This requires multiplexing, or, most often, it takes multiple fancy projected capacitive ASICs working together in a master/slave relationship. A single ASIC, which will handle 17 inch screens, has just hit the market (two touch maximum), so, once again, you are just in time.

So, we may be your source, but you will need to hold your breath a little longer – maybe until Q2.

http://touchinternational.com/wp-content/uploads/2018/05/TI-Logo-Long-Caps-Web-300x54.png 0 0 TouchGuy http://touchinternational.com/wp-content/uploads/2018/05/TI-Logo-Long-Caps-Web-300x54.png TouchGuy2011-04-13 10:31:132018-10-04 10:22:27I’m working on an open source 17″ tablet for the DIY 3D printing community and am in desperate need of a 17″ – 17.1″ USB multi-touch screen overlay with a 16:9 or 16:10 aspect ratio. So far, I am only coming across single touch resistive and IR multi touch panels. We only really need dual touch panels with as good light transparency as possible, as these are graphics editing machines we are making. Projective capacitive panels would be the ideal technology I assume. How can I find such a beast?