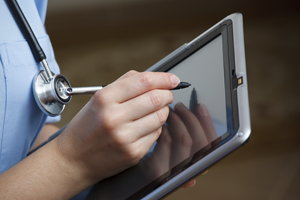 “We have a commitment to our customers to help them deliver industry-leading touch and display products for their OEM applications,” explains Michael Woolstrum, Touch International Chief Executive Officer. “By adding Randy and several other key players, we have positioned ourselves and our customers for continued penetration in the military, medical, aerospace and retail markets.”

In addition to Hutcheson, the company has added Application Engineer Tonica Francis, from Kimoto Tech, and Military and Specialty Accounts Manager James Hunt, from General Dynamics Canada, to deliver greater engineering and design support to its customers. It has also expanded the Austin-based quality team by adding Quality Assurance Manager Robert Biafore, from Motorola.

“In a day where customers have several alternatives for their touch screen needs, Touch International must set itself apart from the rest,” explains Kelly M. Leff, Director of Marketing at Touch International. “By putting world-class people behind each project and implementing systems that streamline company processes, we can give customers the confidence they need to know that we are the right choice for their display solutions.”