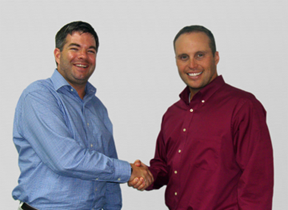 As Vice President of Sales, Spencer will oversee all of Touch International’s direct and indirect sales functions in the U.S. and around the world. Spencer has more than 13 years of high-tech sales experience and has held multiple roles in business development and channel sales. Spencer joined Touch International in 2008 and was most recently the Eastern Regional Sales Manager for Touch International.

Replacing Spencer as Eastern Regional Sales Manager is Jack Condon, who has extensive high-level sales and marketing experience. Condon will be responsible for handling all of Touch International’s Eastern US and Canada accounts as well as increasing growth in his region.